Skip to content
Free UPS Ground shipping in the continental US

This is my first time ever buying an instrument and I was very confused about everything but the customer service was so so sweet. I higher recommended this site foe anyone.

Brilliant, no flaws couldn’t be better

I love my AS-400 saxophone, it’s beautifully finished with a rich tone and a fine sturdy carrying case. For the price, it can’t be beaten.

Great sound quality. Came to me tuned. Now I can finally get back into my music. Also the case is high quality. Love it!

Oh, if only I could play it as well as I know it can sound - or maybe as well as I used to play when I was much younger! But as I did then, I’ll keep practicing. Thanks for a great value.

I am a AS-400 player from Hong Kong, I bought it directly from the official Jean Paul website.

It sounds very great and with a little “dark” style. But after I played for few months, the Eb key guard fell off. I was frustrated, it would be very costly and time consuming to ship the horn back to USA from Hong Kong.

So I contact Jean Paul customer service, they can offer me an option to repair it with nearby local store, then pay me back the repair fee fully as a warranty.

Their customer service is EXCELLENT, there is no way to worry about the after sales service, even if you are a overseas buyer.

Jean Paul do a great job to provide a worry- free experience start from day one.

I will give 5 stars, and strongly recommend Jean Paul to you. 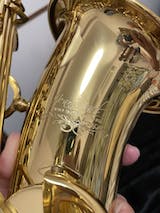 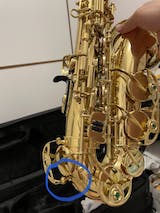 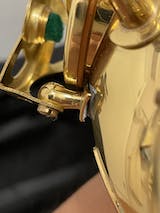 I can honestly say it plays better than I expected….I also know when someone reads this they’ll think I’m a fake person or the company wrote my review but it’s honestly worth it.

Very happy with my purchase. Great quality and sound.

I love my new CL 800. Superbly crafted of fine materials. The tonal quality is excellent in all three registers. In the past I have purchased other clarinets in the same price range and the Jean Paul is overwhelmingly superior.

The service is absolutely great

I really couldn’t be happier with this saxophone. It’s absolutely beautiful and the sound is great. The case it comes with holds the horn very well so no complaints there. It didn’t come with any swabs to clean it so I had to by those separately but that’s not much of an issue. Overall great saxophone at a great price. 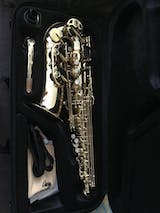 My main instrument is a King model 602 cornet that I've had for many decades. I wanted to add a trumpet. I did a lot of research and based on reviews bought a Jean Paul TR-430. The third valve, when I pressed on the right edge while pushing it down, as sometimes happens because of the way I angle my fingers, was slow coming back up. Also, it required more effort to blow compared with the King cornet. Also, I didn't like the sound; it was shrill. Some of that is because it's a trumpet rather than a cornet, but I still didn't like it. Also, it felt physically unbalanced because the bell is longer than the cornet so that end is heavier and it takes more effort to hold it horizontal than the cornet where the bell is shorter because the tubing is coiled more tightly.

I told Jean Paul support about the valve problem. They immediately emailed me a return shipping label and said they would ship a new trumpet to me. I wasn't sure whether I wanted them to replace the trumpet or just get a refund.

Meanwhile, when I discussed the problems with the instrument with a salesman at a local music store, he said Jean Paul instruments are not repairable because they don't make parts for them. Because of that they don't use Jean Paul instruments as rentals to school children, who are not so careful with instruments, so they sometimes need to be repaired. Because of that plus all the other reasons I didn't like the trumpet I asked Jean Paul support to not ship a new trumpet to me and just issue a refund. They had already shipped it, and were unable to recall it, and in fact it arrived that day. They again immediately emailed me another return label and issued a full refund. So their customer service is excellent, as other reviewers have said. However, given the third valve problem and the other aspects of the trumpet that I didn't like, I felt it wasn't suitable for me.

It's the first saxophone I ever purchased and I couldn't be happier with my purchase! I've rented a much more expansive model to compare them, and their quality of sound is very close while the Jean Paul is considerably more comfortable, lighter and feels a bit easier to play. I would actually choose this model, even if I could afford the other one! Great case and accessories, and outstanding costumer service as well.
Thank you, Jean Paul!

It's a good looking horn. It has a bright sound. And you really can't beat the price.

I am new to the saxophone and watched tons of reviews on YouTube. The. Price to. Quality ratio was. Really. The factor that swayed. Me and I have not. Been disappointed. Thank you Jean Paul!

I am a intermediate player, and I am incredibly impressed with the quality of the saxophone. Pads are in excellent shape, the horn plays superbly and the level of customer support is excellent. I can't think of any complaints at all. I would absolutely recommend this sax to beginners as well as intermediate players.

This Tenor is an excellent instrument. Quality is very good, the horn plays outstanding, and once again, the customer support is superb. After only a few weeks of awning the instrument, one of the posts for the key guard of the low C key had detached itself form the horn. Tim for customer support was an absolute pleasure to communicate my issues with. He was very responsive and quite knowledgeable with helping me. In less than a week, my issue was not only confirmed, but the had another tenor on the way to me before I had even shipped out my old one! Excellent on all levels. I would absolutely recommend this sax to players.

This is the perfect beginner instrument. I love and it also works really good if you need it for a gig.

Sax was ok for the first week but it has some problems with the octave key. I took it to a saxophone technician and he found a loose rod which he was able to reconnect but two days later the same thing happened. It seems like the rod is too short. It is located just below where the neck is attached to the body. Any suggestions.

This is a beautiful sounding and esthetically appealing looking fluegelhorn. As a French Horn player by nature, this Horn was a perfect transition for me price wise and sound wise.

When I unwrapped the TR-860 and saw the little while gloves my first thought was RIIIIIIIIGT but now I wear them EVERY time I play. The trumpet, as stated in another review here is a GEM and in between passages I like to sort of "pet' it and admire the first rate craftsmanship. I am an advanced amateur and working at hitting the upper resister in the likes of Bach Partitas. The "slotting" in this instrument is REMARKABLE. As good or better than a Yamaha XENO, which I owned for a short while until a valve stated to stick. With a Bach 3c "Megatone" mouthpiece (Paititi makes one for a WHOLE bunch less) the TR-860 simply COMES ALIVE. I believe that anyone who spends more is simply trying to participate in oneupsmanship. ELK (USNA '68)

I am loving my Jean Paul Alto Sax! It suited my preference for an affordable and great sounding NEW instrument. Thanks for the payment options too! I will surely recommend Jean Paul! Solomon Price

I love the trumpet, it sounds great and it is very easy to play.

Like with my recent JEAN PAUL Alto saxophone purchase, the soprano saxophone look beautiful and sounds well. However, the Bb bis key - left index finger - is very weak, the spring is; additionally, the pad continues to stick ceaselessly.

Very pleased with my sax and new mouth piece .